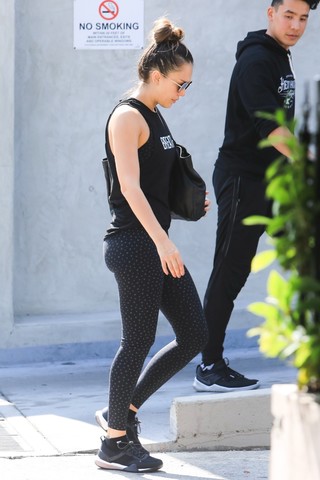 The star doesn’t look so seductive at all, as before.

One of the most beautiful ladies in the world for several years in a row took first place in the ratings of "the most beautiful", "The most coveted", "Most stylish" and other very-most stars. At the same time, even after the birth of two children, she kept her shape and looked like a charming doll. But the third pregnancy thoroughly ruined her figure.

true, after the birth of the baby (recall, it happened 31 December last year) Alba was engaged in a family and practically did not go out. And on walks with the kids, she hid her plump figure behind large and sometimes ridiculous outfits.

The other day, Jessica took to the streets of New York in a T-shirt and tight leggings.. And did it in vain.

The fat on the back and belly of the actress did not hide even a relatively loose top - there was no trace of the chiseled figure. And the actress’s ass completely terrified fans who saw the photos, she was so formless and unsightly. Yes, and bumps on the hips, it seems, can be seen even through leggings.

To justify the stars must say, that in this outfit she just sailed for the first training, deciding to resume playing sports. And for this Alba can only be admired. She decided not to lose her sex symbol status, unlike some other stars, who didn’t get in shape after pregnancy and waved a hand. for instance, the recently-born model Chrissy Teigen decided to leave the catwalk instead, to sign up for a fitness and go on a diet. No willpower!

Despite the fact that, may be, Jessica's motivation is an unprecedented project. She will play a major role in L.A.'s Finest series., spin-off of "Bad guys", which will be released next year. Well, let's hope, that Alba will appear there as a true star. 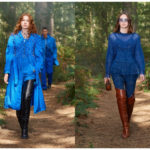 Escape from reality: Burberry showed a show in the magic forest 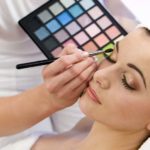 Where you can learn makeup from scratch? 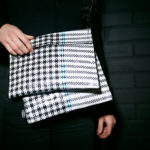 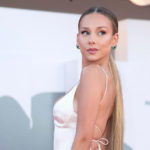 Taylor hill, Tilda Swinton and other stars at the opening of the Venice Festival 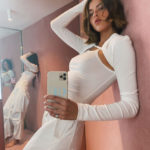