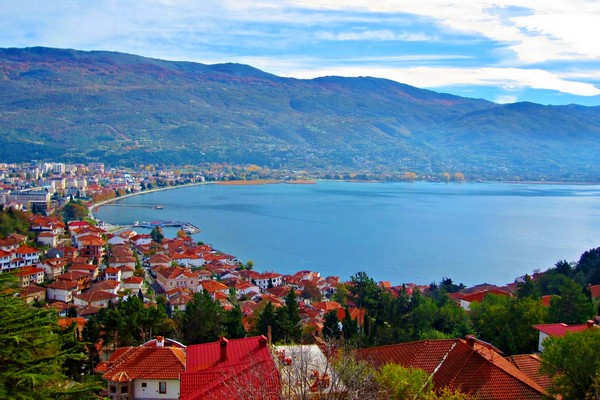 Among the many alternatives already overexposed Turkey, Greece or Prague today is often considered more practical for our tourists undiscovered European destinations. Among them - the countries of the former Republic of Yugoslavia, who almost from becoming more and more popular and accessible every year. And if the fashion for Croatia and Montenegro has almost become the so-called mainstream, that a country like Macedonia we have is still rather obscure in terms of tourist trips. According to some reports, Macedonia is the cheapest country in Europe.

In the same time, It is interesting to stay in this charming and small state really deserves attention, making trips to Macedonia becoming more and more popular and in demand. Unfortunately, get here so far is quite problematic, since direct flights to Macedonia is still very little. The easiest way - is to fly to Skopje or other big Macedonian city - Ohrid - with a change in other European capitals, eg, in Vene. by the way, go to Macedonia resorts can be not only on the plane: much more budget option may be a trip by car or bus via Ukraine, However, there will need clearance of transit visas for Bulgaria, and Romania, because the path will run through these European countries. In this case, all reomenduem ofrmlyat, and do in company "friendship of Peoples" on the link.

Geographically, Macedonia is located in the Balkans, almost at the very south-east of the European continent. Its nearest neighbors - Montenegro and Serbia in the north, as well as Greece and Albania in the south and west, respectively,. When planning a vacation in Macedonia 2012, consider, that the State does not have direct access to sea, so Macedonia resorts - is for the most part the area, where you can enjoy picturesque lakes, clear mountain air and an amazing leisurely calm life here. Much of Macedonia is occupied by mountain ranges, and in the state has 16 mountain peaks, exceeding height 2 thousand meters.

Climate Macedonia - mostly mountain, moderately continental, although corresponds to the weather of the Mediterranean countries in the south of the country the weather is often. Summer in the capital of Macedonia - Skopje - and other cities and small towns are usually quite hot, and drought is not uncommon for the summer months in the area. But winter is very mild and damp in these parts, that separates the stomach from the winter in Macedonia is also quite pleasant,. The summer holiday season lasts from May to September, that also fuels the additional interest in the Balkan country. by the way, Russians and Ukrainians from entering Macedonia made the so-called simplified type, while a visa to enter the country issued at the border. To visit Macedonia at the border customs tourist will need to present a valid passport, as well as documents, confirming the purpose of the visit.